NEW JERSEY – It’s a win for taxpayers, as Assemblyman Parker Space’s bill that would establish a regional municipal court pilot program was signed into law Thursday.

Space’s legislation (A5176/S3049) would allow some municipalities in 10 counties—Atlantic, Cape May, Salem, Cumberland, Gloucester, Hunterdon, Somerset, Warren, Morris, and Sussex—to consolidate their courts, the counties must have less than 300,000 residents and a population density of less than 500 persons per square mile based on 2010 Census numbers.

The municipalities must apply to the Administrative Office of Courts to participate. At least three counties—and no fewer than five municipalities from each county—must consolidate to move ahead.

“A streamlined municipal court system will spell savings for taxpayers. There’s no reason to have 515 local courts in 565 municipalities across the state,” Space (R-Sussex) said. “The costs have been out of control for a long time, and I’m pleased Gov. Murphy has seen fit to sign my bill.”

While an exact savings is unknown at this time, the nonpartisan Office of Legislative Services reports the legislation “would dictate long-term savings and short-term costs that each participating municipality may experience.” One Atlantic County official said estimated savings of 30-40% for some towns.

Fines and fees will be allocated to municipalities in which the summons was issued, minus costs to maintain the regional court. Counties will set the budget and assess each municipality’s cost share through the board of taxation.

The law takes effect in 60 days. Regional courts may start hearing cases as early as January 2022. 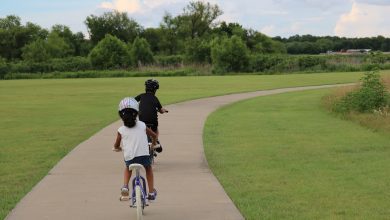