NEW JERSEY – The pesky polka-dotted bugs known as spotted lantern flies, a notorious invasive species, and the threat of other non-native plants, animals and insects to New Jersey’s ecosystem would be the focus of a new task force approved by the Assembly Agriculture Committee Monday.

“Invasive species pose a significant threat to our crops and other natural resources. Once introduced to New Jersey, non-native plants and bugs can destroy our important native plants and animals and can really hurt our farmers and commercial vineyards,” Dancer said. “We need to study various ways to identify, control and prevent potential infestations. We are the Garden State. It’s time we update our plan to respond to these invasive species.”

In 2009, the state’s invasive species council prepared a report outlining a strategic management plan for invasive species. The task force established under this bill would reexamine that report and prepare a comprehensive plan that would include recommendations to repair damage caused by the non-native species, respond to new and existing threats, and prevent future invasions.

“New Jersey’s annual agricultural losses as a result of invasive species have been estimated to be $290 million. These are more than just unsightly bugs and pests, the economic and ecological impacts are quite severe,” said Space (R-Sussex) said. “From the Asian longhorned tick and spotted lantern fly, to Canadian thistle and Japanese honeysuckle, invasive species can harm humans, feed off native plants, and devastate our natural assets.”

The task force would be required to submit findings, plans, and recommendations to the governor and legislature within one year. 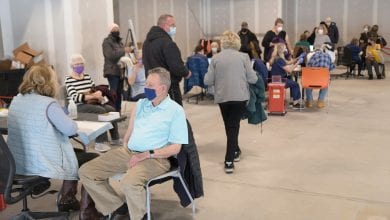