AUGUSTA, NJ (Sussex County) – The New Jersey State Fair®/Sussex County Farm & Horse Show Association is proud to announce the dedication of Sussex County’s first and only Blue Star Memorial at the Sussex County Fairgrounds as a tribute to the men and women of New Jersey who served in the Armed Forces that have defended the United States of America.

A project of the Sussex County Garden Club, the Garden Club of New Jersey, and the NJ Department of Transportation, the memorial will be prominently featured in Founder’s Park at the Fairgrounds as a living tribute with flowering dogwood trees amid a beautifully landscaped flowerbed.

The monument will be dedicated on Saturday, April 30 at 10:00 a.m. Scouts from the Patriot’s Path Branchville Troop 180 will open the ceremony with the flag raising and leading the Pledge of Allegiance.

NJ State Senator Steve Oroho and Cecelia Millea, the President of the Garden Club of New Jersey who will speak during the ceremony. The Branchville American Legion, Post #157, will also be participating in support of this dedication. 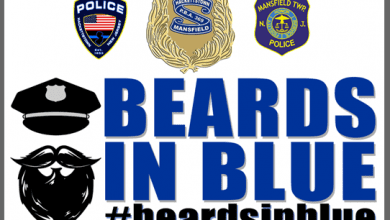