Law enforcement officers from New Jersey will join police from around the country in cracking down on unbuckled motorists and passengers. The national mobilization utilizes high visibility seat belt checkpoints and saturation patrols, in combination with local and national publicity efforts, to reiterate the life-saving value of seat belts.

New Jersey’s Click It or Ticket campaign, now in its 15th year, uses high visibility seat belt checkpoints and saturation patrols, in combination with local and national publicity efforts, to reinforce the message that motorist should buckle up during every trip.

Crash statistics show that from 2013 through 2017, seat belt use saved more than 69,000 lives nationally, more than 1,000 of them In New Jersey. Experts say wearing a seatbelt reduces a vehicle occupant’s risk of fatal injury by 45%and critical injury by 50%.

“Despite many recent advancements in auto safety technology like crash avoidance and lane departure warnings, there is no device more effective in protecting drivers and passengers from injury and death than seat belts,” said Attorney General Gurbir S. Grewal. “Our law enforcement officers see firsthand the consequences of not buckling up. Click It or Ticket is an opportunity for them to educate the public to make a difference and save lives.”

When it comes to buckling up, data from the National Highway Traffic Safety Administration (NHTSA) shows that New Jersey drivers and their front-seat passengers are among the most vigilant in the nation.

State traffic experts credit the successful compliance rate – a record high for New Jersey – to the education and enforcement efforts of annual Click It or Ticket campaigns.

However, not all New Jersey motorists are buckling up equally. The NHTSA survey found that a mere 39% of adults riding in rear seats used seat belts.

“For whatever reason there seems to be a disconnect with people feeling they don’t need to buckle up when riding as passengers in rear seats, and this is a concern,” said Eric Heitmann, Director of the Division of Highway Traffic Safety. “This year, our Click It or Ticket campaign will promote seat belt usage in all seating positions in the vehicle, both front AND rear seats. History has shown us that when it comes to seatbelt usage, habits can be changed over time. Buckling up in the back seat is an important habit that will save lives.”

The state’s primary seat belt law requires all motorists and passengers in the front seat, including passengers under the age of 18, to wear a seat belt or be securely buckled in a car seat, or face a $46 fine. This ticket is issued to the driver.

Legislation passed in 2010 made it a secondary offense for adults over the age of 18 to ride unbuckled in the back seat of a motor vehicle. The law also allows police to issue a summons and fine of $46 to unrestrained adults in the back seat when the car they are riding in is pulled over for another violation. 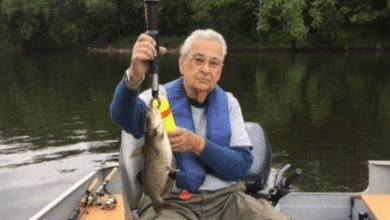