On March 10, Chester Township police were assigned to a county-wide law enforcement narcotics operation ran by the Morris County Prosecutor’s Office. While working the detail, two Chester police officers were traveling south on Route 206 in Roxbury Township and were stopped at a red light, police said.

While waiting for the light to change, the officers observed a motorcycle improperly pass several vehicles including their marked patrol vehicle. The motorcycle then stopped at the red light and once the light turned green, the motorcycle accelerated in a reckless manner traveling at speeds approaching 100 mph, police said.

The officers then activated their emergency lights and sirens to conduct a motor vehicle stop on the motorcycle. officers lost visual on the motorcycle in the area of Gold Mine Road, however, as they approached the intersection of Route 206 and Drakesdale Road in Mount Olive Township, they spotted the motorcycle stopped at the red light behind a line of cars, police said.

As they got closer to the intersection, the motorcycle began to improperly pass several vehicles by utilizing the shoulder. The motorcycle then made a right turn on Drakesdale Road and drove over the curb in the process of turning, police said.

The motorcycle again accelerated at a high rate of speed and turned right onto Jewel Drive, causing the officers to again lose sight of it, police said.

As Officers continued driving on Jewel Drive, they observed the motorcycle turn into a driveway and attempt to turn around to get back onto the road. At this time, officers made contact with the driver, who was only identified as a 36-year-old Budd Lake man, police said.

The man was charged with driving while intoxicated, eluding a law enforcement officer and was issued several motor vehicle summonses.  He lodged in the Morris County Correctional Facility with a future date at the Morris County Superior Court. 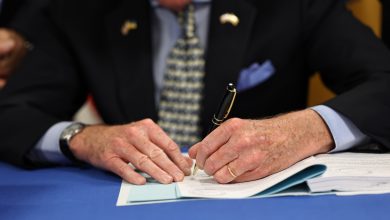