Initial reports given to first reponders, was that a female passenger, who was later identified Katie L. Falgiano, 19, was partially ejected from the vehicle and subsequently pinned beneath, Smith said.

Several bystanders, who were also attending the event, pulled her from under the vehicle, Smith said.

Falgiano was flown to Albany Medical Center, where she was pronounced dead, Smith said.

The cause of the crash remains under investigation, Smith said.

According to her obituary, she was born in East Stroudsburg, PA on January 25, 2000, Katie has resided in Budd Lake, NJ all her life. She was a graduate of Mt. Olive Township High School, Class of 2018. Katie enjoyed fishing and shooting, but was especially fond of attending all types of musical concerts.

More than $15,000 had been raised on a GoFundMe for Falgiano, as of Monday evening. 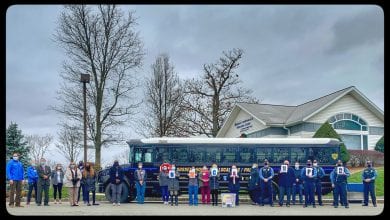