NEW JERSEY – A California man was convicted Wednesday of conspiracy and manufacturing, distributing, and possessing with intent to manufacture and distribute a fentanyl analogue, according to acting U.S. Attorney Rachael Honig.

Andrew Tablack, 29, of Beverly Hills, California, was convicted of one count of manufacturing, distributing, and possessing with intent to manufacture and distribute pills containing cyclopropyl fentanyl, an analogue of fentanyl intended for human consumption, in violation of the federal drug laws, and one count of conspiracy to do the same, Honig said.

The jury deliberated for less than two hours before returning the guilty verdict following a six-day trial before U.S. District Judge Michael A. Shipp in Trenton federal court, Honig said.

According to documents filed in this case and the evidence at trial, from at least March 2017 through December 2017, Tablack ran a massive pill making operation that distributed hundreds of thousands of fentanyl analogue pills throughout the United States, including New Jersey. These pills contained a powerful synthetic opioid with significant abuse potential. Tablack manufactured these illegal pills in clandestine labs in and near Los Angeles and sold them anonymously on the dark web, the Internet’s black market, using the moniker “XanaxKing2.” Tablack shipped approximately 400,000 of his illegal pills per month and made millions of dollars from his illegal operation in digital currency that is commonly used in the black market due to its relative anonymity.

Each count of the indictment is punishable by a maximum of 20 years in prison and a fine of $1 million, Honig said.

Tablack is scheduled to be sentenced on December 6, Honig said. 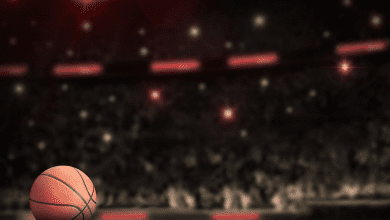 Bill that would allow homeschoolers to participate in extracurricular activities advances

Late Night Thursday is coming back to Hackettstown