RARITAN TOWNSHIP, NJ (Hunterdon County) – A driver was injured after crashing down an embankment and into a pond Wednesday night in Hunterdon County, according to a post on the Flemington-Raritan First Aid and Rescue Squad Facebook’s page.

The crash happened at 8:37 p.m. at the intersection of Route 202 and Colony Road in Raritan Township, authorities said.

Upon arrival, first responders located a vehicle approximately 150 feet from the roadway down a steep embankment and resting partially in a small pond. The driver of the vehicle and only occupant was laying on the slope next to the car, authorities said.

The vehicle apparently was heading northbound on Route 202 when it crossed the grass median north of Voorhees Corner Road. The vehicle then continued north in the southbound lanes, striking mailboxes and a fire hydrant. It then crossed Colony Road, struck the curb and launched down embankment near Flemington Granite, the post said.

Several ground ladders were used to climb the embankment and cross over a creek. Also, cordless reciprocating saws were used to clear a path through the brush up to the roadway, authorities said.

Rescue crews carefully carried the driver up to the road and was then transported to the trauma unit at Robert Wood Johnson University Hospital in New Brunswick, authorities said. 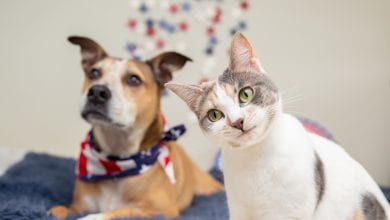