NEWARK, NJ (Essex County) — An arriving passenger was ‘sniffed’ out by a U.S. Customs and Border Protection K-9 at Newark Liberty International Airport trying to import swine meat into the United States.

On January 8, CBP agriculture specialists conducted a canine examination of luggage originating from Kosovo, when K-9 Kody alerted his CBP handler to a suspicious suitcase.  The arriving passenger claimed the suitcase and declared that he had “homemade sausages”.

“The importation of swine meat, though seemingly harmless to the general public, could cause grave damage to our economy and agricultural industry, and CBP does its part in keeping these prohibited items from entering the United States.” said Troy Miller, Director of CBP’s New York Field Operations.

The passenger had approximately 88 lbs. of swine sausage; swine meat is prohibited from Kosovo as per 9CFR94 of the United States Department of Agriculture regulations. The passenger was released without a penalty since he declared the “homemade sausages”.

Learn more about how CBP Agriculture Specialists protect the United States from dangerous pests and disease that could affect the county’s economic vitality. 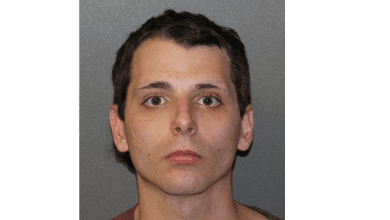