The Centers for Disease Control and Prevention say that Cavi brand whole, fresh papayas “are likely the source” of a salmonella outbreak.

Consumers in the U.S. should not eat, serve or sell any Cavi brand whole, fresh papayas, the CDC said.

The CDC continues to investigate the multistate outbreak of salmonella infections that has sickened 71 people in eight states since January 14.

So far 27 people have been hospitalized and no deaths have been reported, the CDC said.

The CDC warning replaces the one from June, where the agency recommended consumers avoid all papayas imported from Mexico.

The Epidemiologic and traceback evidence indicates that Cavi brand whole, fresh papayas distributed by Agroson’s LLC are a likely source of this outbreak, CDC said. 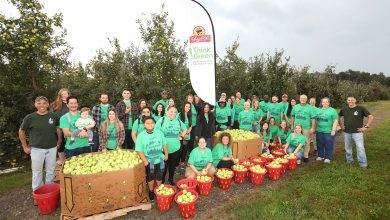 Hunterdon County man sentenced to prison for child abuse, endangering the welfare of a child