In celebration of its 100th birthday, Lowe’s today announced the launch of 100 Hometowns, an initiative to complete 100 impact projects this year as part of a $10 million commitment to give back to the communities Lowe’s serves.

As communities come together and regain their footing, Lowe’s invites people nationwide to nominate a hometown project in need of restoration, sharing their hometown stories and helping to demonstrate the possibility all neighborhoods hold. Lowe’s will award 100 grants in June to help recipients complete projects to build, repair, beautify, inspire and improve 100 communities across America. The projects are expected to be completed this year.

“For generations, serving the community has been a core part of Lowe’s culture and values,” said Marvin R. Ellison, Lowe’s president and CEO. “In approaching our centennial and particularly in the wake of such a challenging period for our country, we decided to commemorate this milestone by taking on 100 community improvement projects, with local associate volunteers lending a hand across the nation. We believe in the power of possibility and have an unwavering commitment to making homes better for all, now and for the next 100 years.”

Lowe’s is partnering with former Lowe’s associate and award-winning country music star Kane Brown to kick off the program by going back to his hometown of Chattanooga, Tenn. It is a meaningful homecoming for Kane who used to practice singing while serving as a customer service associate at the Hixson, Tenn., Lowe’s location.

Lowe’s and Kane have a shared commitment to give back to communities in need and believe in the power of possibility that all neighborhoods hold. Together, Lowe’s and Kane will kick off a nationwide community effort to inspire others to make their neighborhoods even stronger for the future.

“My community in Chattanooga has always been there for me, and I’m so excited to give back to my hometown this summer with Lowe’s,” said Brown. “We will be making renovations and repairs that will help the East Lake Boys & Girls Club continue to be the ‘home away from home’ for youth. This club is incredibly special – despite facing many challenges in 2020 due to COVID, they still found meaningful ways to support and uplift kids and families during an incredibly difficult time for everyone.”

After 100 years of serving communities across America, Lowe’s understands firsthand the promise of possibility—a promise that has been a founding value from the company’s earliest days.

Over the last 100 years, Lowe’s has grown from a small-town hardware store in North Carolina to one of the largest home improvement retailers in the world. The company’s heritage puts the people in a community at the heart of everything it does. From its unwavering support of rebuilding communities in the wake of natural disasters to its commitment to small businesses during the pandemic, Lowe’s understands the important role its stores have always played in providing critical products and services to communities in need.

Nominations for 100 Hometowns ends on April 19 at 11:59:59 p.m. ET. Participants should be prepared to share their hometown story and what their project means to them. Nominees can provide photos and video as part of the application. Eligible project types include community spaces (such as parks, senior citizen or youth centers), neighborhood housing, cultural preservation and area revitalization, among others.

Participants must be 18 years old or older and can nominate up to two unique projects each.

The 100 Hometowns grant recipients will be announced in June 2021, with projects expected to be completed by the end of 2021.

For the full details and to nominate your hometown, visit Lowes.com/100hometowns. 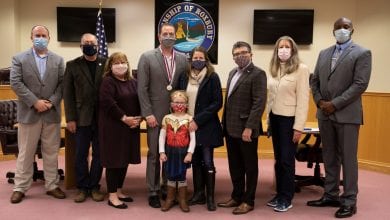 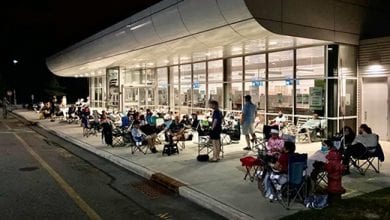 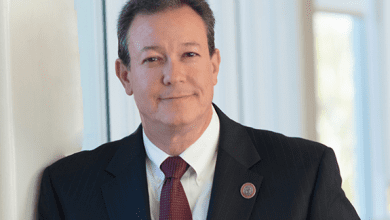