HACKETTSTOWN, NJ (Warren County) – When it comes to student research, Centenary University science majors have proven that they can go toe-to-toe with the world’s best. At an international conference, the University’s four student entrants in the student poster presentation all placed in the top 10—including winning first and second places—and bested more than 750 entries from research powerhouses including Harvard, Yale, Cornell, Stanford, and Johns Hopkins.

Sponsored by The Society for Integrative and Comparative Biology, the conference required students to submit poster presentations of their original research and explain their findings in detail to judges. The event drew entrants from around the world and was held in Austin, Texas.

The Centenary students all worked with Lauren Bergey, Ph.D., professor of biology and dean of special academic programs, to study an invasive shrimp specie from Japan that has been discovered at the Jersey shore. To develop their presentations, the students tapped the expertise of Linda Ritchie, assistant professor of mathematics, for assistance with data analytics, and Julie LaBar, Ph.D., assistant professor of environmental science, on water quality analysis. Dr. Bergey said the accomplishment is even more remarkable because undergraduates and graduate students were all presenting at the same time in the same location next to each other.

After all four students presented their findings, they left Texas for the long drive back to Centenary. The conference hadn’t yet ended, but they needed to return to school. Along the way, one of the students opened an email notifying them of their extraordinary accomplishment. Cheers filled the car.

“I am so proud of all four of these students,” Dr. Bergey said. “This is a small university, so students sometimes have research opportunities that aren’t available until the graduate level at larger universities. At Centenary, we don’t necessarily look for just the 4.0 kids to participate in research. We look for hard workers. All of these kids are willing to work hard to succeed and their efforts shined at this conference.”

When Pier Semanchik arrived in Texas, she had no idea she would be competing against more than 750 undergraduate and graduate researchers from around the world. In fact, she wasn’t focused on the competition at all. “We were there to get experience presenting,” said Semanchik, a junior double majoring in biology and equine pre-vet, with a chemistry minor. “We were just proud to be there representing Centenary.”

During the conference, one of the judges who seemed interested in her research had given Semanchik his card. On the way home, she decided to check her email, on the chance that he’d maybe reached out with another question. Instead she opened a message that stunned her: she had placed first. The email included the great news that Xavier had taken second place and Jean-Paul and Horvath were in the top 10.

“We were the underdogs,” Semanchik explained. “We were undergraduates competing against people in graduate school and above. And all of the great universities there…the fact that we were underdogs who came out on top makes us all feel very honored.”

A graduate of Hackettstown High School, Semanchik thought at first that she’d branch out and attend a larger university. A scholarship to Centenary sealed her decision to study closer to home. Now, she knows she made the right choice. “It was the best decision I ever made,” Semanchik said. “The Centenary science department is like a close-knit family.”

After graduating next year, Semanchik hopes to someday become an equine veterinarian. Next year, she’ll be applying to veterinary schools, as well as graduate schools. She has also applied to a program offered through Centenary to conduct research on sea life over the summer at the Harbor Branch Oceanographic Institute in Florida. In addition, Semanchik has been asked to submit an article on her research to the Journal of Crustacean Biology as a result of her first place award.

“I’m definitely proud of what we’ve accomplished,” Semanchik said. “I’ve gotten to do so many amazing things, but I know I have so much more to learn. The fact that I was able to do this research as an undergraduate is so amazing.”

Cousins who attended Irvington High School together, Xavier and Jean-Paul have worked on several research opportunities, at the Jersey shore with Dr. Bergey and in Florida at the Harbor Branch Oceanographic Institute. Now juniors, they’re both planning to apply to medical school next year. Xavier hopes to become a trauma surgeon, while Jean-Paul has set his sights on cardiology.

When they were in high school, their wrestling coach and a Junior ROTC teacher—both Centenary graduates—insisted that Xavier and Jean-Paul look at Centenary. It didn’t take long during freshman year for Dr. Bergey to recognize their potential. She invited them to take part in a summer research project.

Last summer, Xavier and Jean-Paul had the opportunity to study sea life at the Harbor Branch Oceanographic Institute through a special Centenary program. That experience, plus the shrimp research at the Jersey shore, has opened Jean-Paul’s eyes to a key segment of New Jersey’s economy. “The marine community brings in a lot of money,” he said. “If invasive shrimp take over, the native species will either move out of the area or die off.”

Both Xavier and Jean-Paul are mindful of their responsibility as role models for urban high school kids. Xavier said, “We come from a school where people don’t expect much from the students. Plus, we’re both the first generation in our families to go to college. To do the kind of research we’re doing as undergraduates is amazing.” He added that they plan to visit Irvington High School to encourage students there to aim higher: “We’re doing big things—it’s possible. I want to tell kids, ‘You’re smart, too. You can do what I’m doing.’”

In Texas, Horvath was the veteran of the Centenary student researchers. She had worked on two research projects, and also presented at an event that drew about 50 people. Still, she had never presented at a conference, and Texas drew thousands of people. “There were so many people. It was nerve-wracking,” she recalled.

To calm their nerves, the Centenary students practiced their individual presentations in their hotel rooms over and over, sometimes with Dr. Bergey and sometimes alone. Each time, they critiqued the four formal presentations and asked questions they thought judges might present. Horvath describes the moment they found out how well they had placed as “unreal.” “We couldn’t believe it,” she recalled. “It gave us a really big sense of accomplishment.”

Soon after returning from Texas, the biology major was invited for an interview for Long Island University College of Veterinary Medicine, which will enroll its first class this fall. As she awaits the admissions committee’s decision, Horvath hopes the presentation skills she honed for the conference translated well for her interview: “In Texas, we had to come up with answers to judges’ questions on the spot. Going into my vet school interview, I was much more confident.” 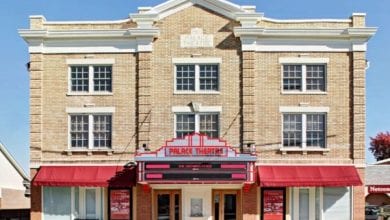 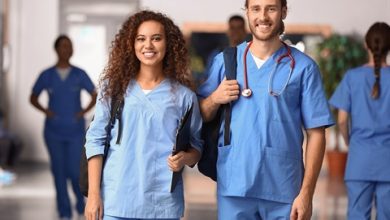 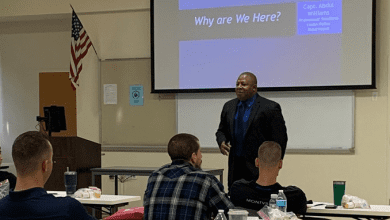