The sensors, however, won’t become operational until the commission engineers and consultants conduct a series of mid-July overnight load tests to calibrate the devices.

Once operational, the sensors will enable the commission to determine when and if overweight vehicles cross the bridge. The sensors also will enable engineers to log and assess how the bridge carries and distributes loads and how excessive loads affect the bridge’s structural integrity. Among other things, sensors can detect strain, displacement of steel members, and weakness caused by corrosion.

The work is being conducted as part of a Structural Health Monitoring Pilot Program that ultimately aims to improve the safety and maintainability of the Commission’s inventory of aging weight-restricted bridges.

The Centre Bridge-Stockton Bridge will be the first Commission river crossing to be permanently outfitted with the wireless sensors, a selection based on the fact that the bridge has different-sized spans and components representative of many other weight-restricted bridges in the Commission’s system. The long-term plan is to extend remote structural monitoring to the other weight-restricted bridges based on the performance of the initial sensors at Centre Bridge-Stockton.

The testing and calibrating will require intermittent 15-minute-long closures of the bridge’s two travel lanes, followed by releases of any resulting traffic queues. Motorist impacts are expected to be minimal; traffic volumes are exceedingly low during early-morning hours.

To calibrate the sensors, commission maintenance personnel will maneuver dump trucks with varied loads of de-icing materials onto and off the bridge during respective closure periods. Traffic will be controlled by commission safety and security personnel.

The six-span steel superstructure at Centre Bridge-Stockton was constructed in 1926 and 1927 under the supervision of the former Joint Commission for Elimination of Toll Bridges, the predecessor agency to the current-day DRJTBC. The bridge’s construction was jointly funded by the State of New Jersey and the Commonwealth of Pennsylvania.  The two states owned the bridge with the former Joint Commission operating and maintaining it until being replaced by the DRJTBC in late 1934. The two states conveyed ownership outright to the Bridge Commission on July 1, 1987.

The bridge rests on piers originally constructed in 1812-13. The piers were raised significantly after a major flood in January 1841. The piers subsequently were encased in concrete after the last of three prior wooden bridges was destroyed by fire in 1923.

The current steel Warren-truss bridge was erected atop the repaired piers, opening to traffic on July 16, 1927. It is the eight oldest superstructure in the Commission’s 20-bridge system and among five bridges along the river designed by Edwin W. Denzler, a former chief engineer at the Commission.

A daily average of 4,300 vehicles crossed the bridge in 2021. The bridge has a 25-mph speed limit and a five-ton weight limit. A bridge-monitor shelter on the New Jersey side is staffed intermittently to mitigate crossings of overweight vehicles. 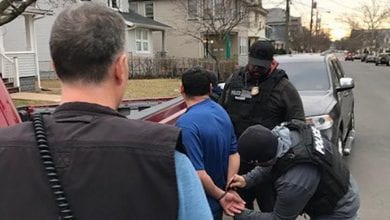 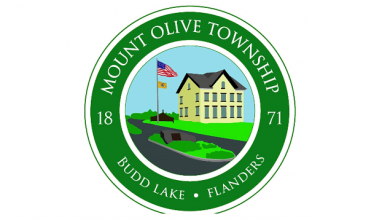