“I am extremely disappointed by Mondelez’s decision to close their Fair Lawn facility, leaving the community and 600 families in the lurch. These hardworking men and women literally just put their lives on the line during the pandemic, never missing a day so that Mondelez could meet the skyrocketing demand for their products,” Gottheimer said.

Mondelēz International announced on Thursday that it will be closing its Fair Lawn, New Jersey and Atlanta, Georgia biscuit bakeries later this year.

“It’s unfortunate that the company didn’t consider the offer we presented to help them stay and rebuild their iconic facility and remain in the community. We will all miss the smell of the fresh-baked Oreos and other cookies that has wafted through Fair Lawn for the past six decades,” Gottheimer said.

The decision comes as the company further focuses its U.S. biscuit manufacturing footprint to better meet changing consumer needs and growth opportunities. The company will focus its U.S. biscuit operations on strategically-located owned-and-operated bakeries on the East Coast, Midwest and West Coast of the United States – in Richmond, VA, Chicago/Naperville, IL, and Portland, OR. These owned-andoperated sites will be further supported by U.S.-based external manufacturing, which has been an important part of the Company’s U.S. biscuit manufacturing network for many decades.

The decision follows Mondelēz International’s previous announcement, made last November, that it was considering closing its Fair Lawn and Atlanta bakeries. Both Fair Lawn and Atlanta are no longer strategic assets from a geographic footprint perspective, and both face significant operational challenges, including aging infrastructure and outdated production capabilities, which would have required significant investment to bring them to the modernized state required for the future.

“This was not an easy decision to make, but as we continue to strengthen our leadership in snacking and address changing consumer behaviors, we must focus on sites that are best positioned to meet our future needs,” said Glen Walter, Executive Vice President & President, North America. “We understand the impact this will have on our colleagues at these bakeries, many of whom have been with our company for many years, and we will dedicate ourselves to working with the unions and our employees to ensure that they will be cared for and supported through this transition.”

The closures of the Atlanta and Fair Lawn bakeries will proceed in a phased approach, and production is expected to cease at both sites this summer. Though details of manufacturing transition plans are still being finalized, production from Atlanta and Fair Lawn will shift to other Mondelēz owned-and-operated bakeries in the U.S. and U.S.-based external manufacturing. As part of this, the Oreo manufacturing “Line of the Future” and Oreo cookie grind production currently in Fair Lawn will be moved to the company’s biscuit bakery in Richmond, VA.

Mondelēz International has a significant business presence in the United States, which is the largest market for the company globally, including in its global headquarters in Chicago, Illinois and its North American headquarters in East Hanover, New Jersey. The company remains committed to the United States, as well as to robust U.S. biscuit manufacturing. No U.S. jobs will go to Mexico related to these two closures and U.S. biscuit production levels will be maintained. 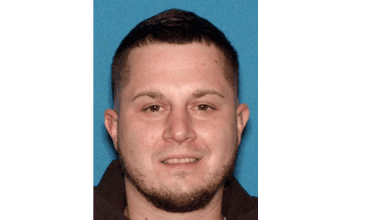