MORRIS PLAINS BOROUGH, NJ (Morris County) – Morris County Sheriff’s CrimeStoppers is offering a reward of up to $1,000 for information leading to the arrest of the suspect responsible for a burglary of a pharmacy in Morris Plains Borough.

The burglary occurred on Monday, August 1 at around 5:55 a.m. at the Morris Plains Pharmacy, located at 712 Speedwell Avenue, authrotreis said.

When officers arrived, the rear locking cylinder on the back door was removed and the door was open, authorities said.

A check of the pharmacy by officers revealed nothing was disturbed but a later check of surveillance video showed the suspect inside the store, authorities said.

It appears that once the suspect entered the rear of the business, he attempted to locate the cash register behind the pharmacist’s counter before leaving, authorities said.

The suspect made no attempt to take any medications or look for anything else and he was inside the store for less than 2 minutes.

Anyone with information is asked to contact The Morris County Sheriff’s CrimeStoppers at copcall.org, 973-COP-CALL or use the free “P3 Tips” app on any mobile device.

No one will ask your name and you could receive a reward up to $1,000. 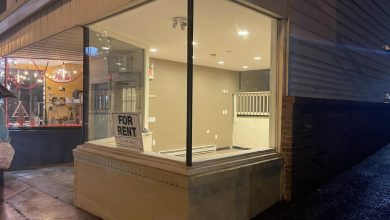