WASHINGTON, D.C. – The U.S. Drug Enforcement Administration is alerting the public of a sharp nationwide increase in the lethality of fentanyl-laced fake prescription pills.

The DEA Laboratory has found that, of the fentanyl-laced fake prescription pills analyzed in 2022, six out of ten now contain a potentially lethal dose of fentanyl. This is an increase from DEA’s previous announcement in 2021 that four out of ten fentanyl-laced fake prescription pills were found to contain a potentially lethal dose.

“More than half of the fentanyl-laced fake prescription pills being trafficked in communities across the country now contain a potentially deadly dose of fentanyl. This marks a dramatic increase – from four out of ten to six out of ten – in the number of pills that can kill,” said Administrator Anne Milgram. “These pills are being mass-produced by the Sinaloa Cartel and the Jalisco Cartel in Mexico. Never take a pill that wasn’t prescribed directly to you. Never take a pill from a friend. Never take a pill bought on social media. Just one pill is dangerous and one pill can kill.”

Fentanyl remains the deadliest drug threat facing this country. It is a highly addictive synthetic opioid that is 50 times more potent than heroin and 100 times more potent than morphine.  Just two milligrams of fentanyl, the small amount that fits on the tip of a pencil, is considered a potentially deadly dose. According to the CDC, 107,622 Americans died of drug poisoning in 2021, with 66 percent of those deaths involving synthetic opioids like fentanyl.  The Sinaloa Cartel and Jalisco Cartel in Mexico, using chemicals largely sourced from China, are primarily responsible for the vast majority of the fentanyl that is being trafficked in communities across the United States.

For more information on the dangers of fentanyl, visit Fentanyl Awareness (dea.gov). 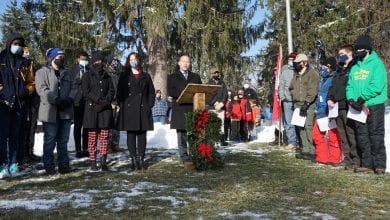 Gottheimer honors veterans, fallen soldiers, all who have served with Wreaths Across America 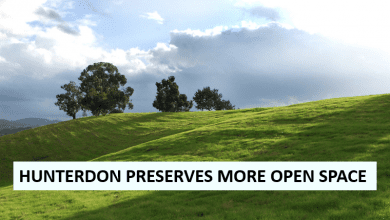