BOONTON, NJ (Morris County) – Authorities say the deaths of a mother and son whose bodies were found in a Morris County pond were accidental.

On Feb. 23, at around 5:39 p.m., police were dispatched to the Upper Pond section of Grace Lord Park in Boonton on a report of an unattended child, acting Morris County Prosecutor Robert J. Carroll said.

While searching the area, police located the bodies of Warda Syed, 35, and Uzair Ahmed, 11, in the water. Her 6-year-old son, whose name was not released, was also located at the scene unharmed. All three are Boonton residents, Carroll said.

The Morris County Medical Examiner has determined the manner of death for both individuals to be accidental and there is no cause to believe there was any criminal activity involved in either individual’s death, Carroll said.

“Out of respect and consideration for family of the deceased, there will be no further comment on the circumstances of the incident,” Carroll said. 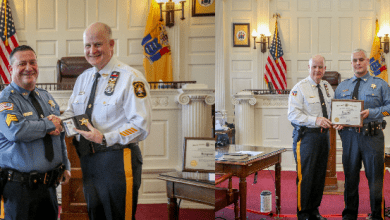