On Sept. 25, at around 10:11 p.m., police responded to Hackettstown Medical Center, located at 651 Willow Grove Street, in the area of the emergency room parking lot for a report of a physical dispute with a person stabbed, police said.

When officers arrived on scene, two men and a female were in engaged in a physical dispute, police said.

Through an investigation, it was determined that there was an argument involving Kyle Kacicz, 52, of Long Valley, NJ and a 49-year-old Budd Lake man. During the argument, Kacicz allegedly used a knife to stab the other man in the chest and abdomen causing seriously bodily injury, police said.

Kacicz was charged with third-degree aggravated assault with a deadly weapon and third-degree possession of a weapon for an unlawful purpose. He was lodged in the Warren County Correctional Facility, police said. 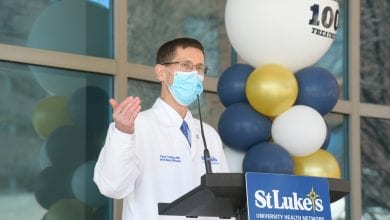 Man, 64, sentenced to 24 years in state prison on sexual assault, endangering welfare of a child, other charges