BUTLER, NJ (Morris County) – Police issued a warning after a dog was attacked by a bear on Friday in Butler.

On Saturday, police responded to a residence on Scott Street for a report of a dog that was attacked by a bear the day prior, police said.

The investigation revealed that a friend, who was pet sitting, let the resident’s dog out the back door into the fenced in rear yard, police said.

Unknown to the person, a mother bear and her cubs were also in the backyard, police said.

“Video showed the dog went at the bears and the mother bear attacked the dog. This appears to be an isolated incident unfortunately most likely provoked by the dog,” police said.

The dog’s condition was not released.

Police remind residents about bear awareness and always be cautious around wild animals.

The New Jersey Division of Fish & Wildlife were notified of the attack. 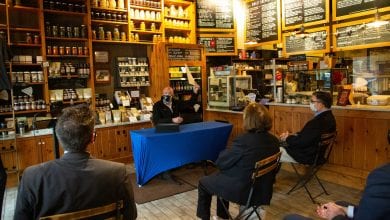