NEW JERSEY – Dozens of New Jersey essential workers and representatives from several unions and pro-worker organizations Thursday delivered a letter to state legislators to make hazard pay a reality for workers all across the state.

Workers also urged state legislators to allocate the remaining $3 billion in federal aid funds and the record-breaking $10.7 billion surplus in the state budget for essential workers in the FY 2023 budget.

“Essential workers have kept our state running during the worst months of the pandemic,” the group said.

“We have all seen the billboards and thank yous from corporations to their essential employees,” said Nicole Rodriguez, President of New Jersey Policy Perspective (NJPP). “We have all heard the accolades describing essential workers as “heroes.” Yes, this is nice and true, but these kind words do not pay the bills or reduce the risks. Essential workers risked their lives so the rest of us could social distance and stay safe at home. They showed up for New Jersey. Now, New Jersey must show up for them. Hazard pay for essential workers is the least we can do.”

“We have a debt of gratitude for all essential workers in New Jersey. They kept us safe and they kept us moving forward. We were able to weather the pandemic thanks to their efforts and their sacrifice,” said Kevin Brown, Executive Vice President and NJ State Director SEIU 32BJ. “We have recognized their sacrifice and effort with words, and now it is time to recognize them with actions. Minnesota, Connecticut and Puerto Rico have taken this step and now it is New Jersey’s turn. The money is there and it should be appropriated to those who deserve it the most. We urge the NJ Legislature and Governor Murphy to make this allocation before signing off on this year’s budget. There is still time.”

“Our nurses and healthcare workers risked their lives every day facing tremendous odds, in unsafe conditions that caused exposure and illness, and some even died.  Two years later, the immense strain has caused our workforce to be exhausted and discouraged. Many have even left the profession altogether.   They’re taking on extra shifts and caring for more patients than they can handle and  they deserve the support and recognition,” said Debbie White, RN, President HPAE.

In the letter, addressed to Governor Murphy, Senate President Scutari, and Assembly Speaker Coughlin, advocates propose that a portion of the remaining $3 billion in federal aid, and the record-breaking $10.7 billion surplus in the state budget, be used to provide hazard pay to essential workers following the steps of several states such as Minnesota, who has allocated an estimate $500 million; Connecticut, who has approved $65 million in hazard pay; and Puerto Rico, who allocated $200 million in hazard pay to essential workers.

In New Jersey certain workers, such as corrections officers, have recently received much higher compensation and state workers at institutions are working toward a similar goal of additional premium pay or increasing salaries by 8%, the workers said.

Moreover, New Jersey’s nearly half million undocumented immigrants pay $600 million in state and local taxes annually and $1.2 billion in federal taxes. Over the past ten years they have contributed 1.3 billion to UI without receiving a penny in benefits, the group said.

“Essential workers deserve recognition, yet thus far they have been overlooked in New Jersey despite the $6.2 billion in Fiscal Recovery Funds from the American Rescue Plan Act (ARPA) which specifies hazard pay as a recommended allocation,” the workers said.

New Jersey has approximately $3 billion unallocated ARPA funds that must be committed by December 31, 2024. New Jersey’s record-breaking surplus of at least $10 billion also offers an opportunity to recognize workers through fair compensation.

In the letter, advocates proposed Hazard Pay for workers who meet the following requirements:

Man charged with DWI after crashing into tree in Readington Twp. 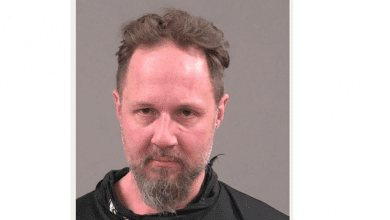