On September 4, at around 9:29 p.m., police responded to the area of Schooley’s Mountain Road and Camp Washington for a report of a vehicle that crashed into a guardrail. Upon arrival, officers located the vehicle and made contact with the driver, who was the sole occupant of the vehicle, police said.

A subsequent investigation revealed that the driver, a 57-year-old Stewartsville woman, was driving while intoxicated, police said.

Due to the nature of the crash and her level of intoxication, she was transported by the Long Valley First Aid Squad to Hackettstown Medical Center for treatment, police said.

The woman, whose name was not released, was charged with driving while intoxicated, reckless driving, failure to keep right, and failure to maintain lane. She was released pending a court appearance, police said. 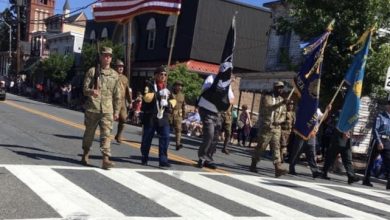