SPARTA TOWNSHIP, NJ (Sussex County) – A Colorado man is facing several charges including driving while intoxicated after hitting a guardrail in Sparta Township.

Erik Tikkanen, 32, of Northglenn was charged with DWI, careless driving, reckless driving, failure to maintain lane, driving while suspended and obstructing the passage of other vehicles.

The crash happened on Dec. 23 at around 4:30 p.m. at the intersection of Route 15 and Father John’s Lane, police said.

The officer suspected that Tikkanen had been consuming alcoholic beverages prior to being involved in the accident, police said.

Tikkanen was transported to Newton Medical Center to be evaluated. The officer obtained a court ordered subpoena for his blood and urine, police said.

Tikkanen was given a mandatory court appearance and was remained at the hospital for further evaluation, police said. 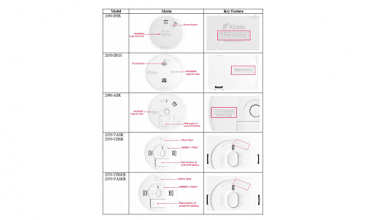