READINGTON TOWNSHIP, NJ (Hunterdon County) – A man has been charged with driving while intoxicated after his SUV overturned early Friday morning in Readington Township.

Jose Delemos, 66, from Branchburg was charged with DWI and reckless driving.

The crash happened at 1:36 a.m. on Pulaski Road, police said.

When officers arrived on scene, Delemos, who was uninjured, was still trapped inside. Officers then assisted him out of the vehicle police said.

Delemos was released to a family member pending a court appearance. 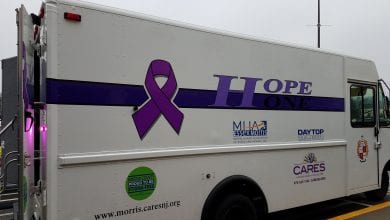