The crash happened at 8:07 a.m. on Strykers Road near the Greenwich Township border, police said.

Upon police arrival, it was discovered that a 2010 Kia Soul, driven by Amanda Lazorchak, 20, of Phillipsburg, had struck the rear set of trailer tires on a passing tractor-trailer, driven by Willem Postma, 72, of Belvidere. There were no passengers in either vehicle, police said.

Lazorchak sustained serious injuries and had to be extricated from her vehicle. She was flown to St. Luke’s University Hospital-Bethlehem Campus where she remained in critical condition, police said.

Postma was not injured in the crash, police said.

Police didn’t say if any charges have been filed. 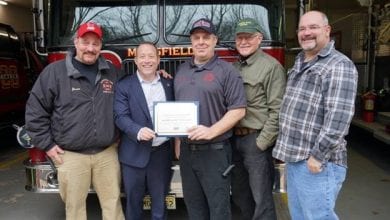