MANSFIELD TOWNSHIP, NJ (Warren County) – A Mansfield Township man is facing several charges including DWI after he allegedly crashed into a car then got out and punched the other driver’s passenger in the face, police said.

Jeremy R. Todd, 32, of Mansfield Township was charged with assault, disorderly conduct, driving while intoxicated, reckless driving, leaving the scene of an accident, failure to report an accident, open container of an alcoholic beverage in a motor vehicle and four equipment violations.

Todd, who was the driver of the pickup, crashed into a car and then exited his pickup. He allegedly approached the victim’s husband and immediately punched him in the face causing him to fall to the ground, police said.

Todd then got back in his pickup and intentionally struck the victim’s vehicle again before leaving the scene. A broadcast for Todd and the pickup was put out to surrounding areas and was located by Hackettstown Police in the Wendy’s parking lot on Mountain Avenue, police said.

Todd was taken into custody and later released to a responsible adult pending a court appearance. 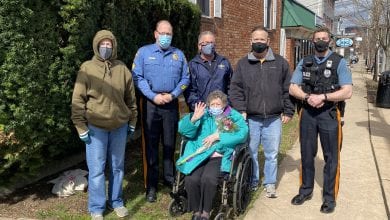