FRANKLIN BOROUGH, NJ (Sussex County) – An investigation into alleged narcotics distribution within Franklin Borough has led to the arrest of a Sussex County man.

Anthony V. Cimbaro, 64, of Wantage was charged with multiple counts of possession of heroin and distribution of heroin both within 1000 feet of Franklin Elementary School, police said.

On Sept. 23 at 11:00 a.m., a search warrant was executed on Cimbaro’s vehicle in the Shop Rite parking area, located on State Highway 23 in Franklin Borough, police said.

Cimbaro was found with several thousand dollars’ worth of heroin and several hundred dollars in United States currency. He was arrested by Franklin Detectives without incident and the investigation continued, police said.

A short time later, a search warrant was executed on Cimbaro’s residence in Wantage, NJ, where additional heroin and over thirty thousand dollars in United States currency, believed to be drug sale proceeds, was located, police said.

During the search, Cimbaro was found to maintaining his residence as a drug production facility, specifically by packaging and repackaging narcotics for sale. The heroin located in his vehicle and in his residence were found packaged and ready for sale, police said.

Cimbaro was also found to be in possession of Alprazolam and Viagra, which were not prescribed to him, police said.

The Investigation is ongoing and additional arrests may follow, police said. Pedestrian injured when struck by car on Route 517 in Hackettstown 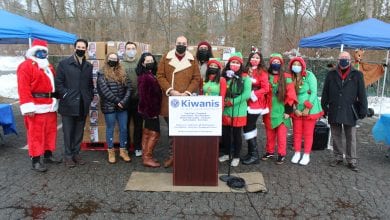