On March 28, at 3:00 a.m., officers responded to Ontario Avenue at Henderson Boulevard in Fair Lawn Borough for a possible driver that was passed out behind the wheel, police said.

After police arrived, officers were able to wake-up Mackenzie Isgro, 24, of Hamburg. After a roadside sobriety test could not be performed, he was arrested and then became combative toward officers, police said.

Isgro was transported to police headquarters and then he allegedly spit in an officer’s face through the screen of the holding room door as he attempted to read paperwork to him, police said. 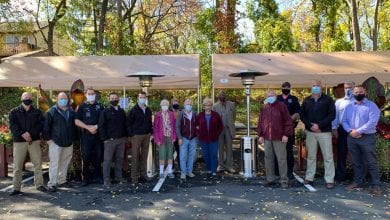