HACKETTSTOWN, NJ (Warren County) – A man who left behind a fanny pack containing marijuana at Applebee’s, leads to a dispute and two people being charged Sunday morning.

On April 21, at around 1:18 a.m., police responded to Applebee’s, located at 225 Mountain Ave, in reference to a dispute. When officers arrived on scene, the officers stopped the suspect’s vehicle, police said.

Through a police investigation it was determined that a fanny pack was left inside Applebee’s. Anthony Couverthier JR, 19, of Brooklyn, NY called the business to check and see if he left his fanny pack in the restaurant. His fanny pack was there and he responded back to pick up his property, police said.

When Couverthier arrived, an employee allegedly detected the odor of marijuana coming from the fanny pack and called police. As the employee was calling police, Couverthier and Xavier Powell, 19, of Carteret, NJ allegedly engaged in a dispute while attempting to recover the fanny pack, police said.

Officers allegedly located marijuana and drug paraphernalia in the vehicle and inside the fanny pack, police said.

Couverthier was charged with possession of under 50 grams of marijuana, possession of drug paraphernalia, and disorderly conduct.

Powell was charged with disorderly conduct.

Both were released pending a court appearance. 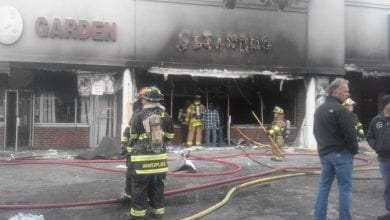