The blaze was reported shortly after 1:00 p.m. at a residence on Meadow Ridge Road.

The 2-story home was fully involved in flames when firefighters arrived.

Due to the initial reports of the fire a full box alarm and tender task force was dispatched. Firefighters were on scene for over 5 hours, according to Knowlton Township Fire Department. 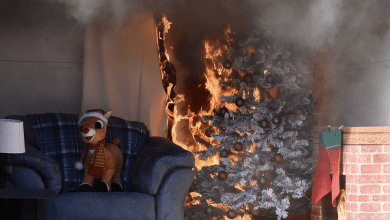