Animal control officers from the St. Hubert’s Animal Welfare Center responded to the lake after receiving a call from Netcong Police about a swan that appeared to be injured and unable to fly.

The animal control officers tried to retrieve the swan several times, but it was in a very difficult location under a bridge on the dam, at least 15 or 20 feet out of reach. The rushing water and slippery surface made the rescue all the more challenging, officials said.

St. Hubert’s Animal Welfare officials say that after working together with the Netcong Police Department and the Netcong Fire Department for several hours, they were finally able to retrieve the swan safely and bring it to The Raptor Trust for rehabilitation.

Officials say that once the swan is treated, it will most likely be released in a safe location, close to the area where it had been found. 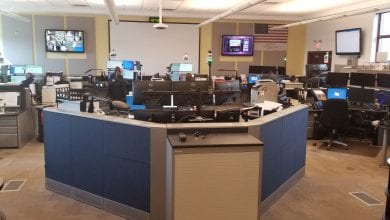