FLEMINGTON, NJ (Hunterdon County) – The Flemington-Raritan First Aid and Rescue Squad announced Tuesday that they have been selected to receive a Higgins and Langley Memorial Award.

The rescue squad is being recognized for an incident award for their response to the devastating flash flooding on September 1, 2021 as a result of Tropical Cyclone Ida.

The Higgins and Langley Memorial Awards in Swiftwater Rescue honor outstanding achievement in the technical rescue discipline of swiftwater and flood rescue. They are not heroism awards, but rather recognize preparedness, teamwork, and a job well done, sometimes under extreme conditions, where training is vital to the success of rescue missions, as well as the safety of rescue personnel.

An Incident Award is a specific water rescue, recovery operation, or prolonged mission that clearly demonstrates outstanding training, skill and preparedness in a swiftwater or flood rescue. The awards honor civilian rescuer Earl Higgins, who lost his life in February of 1980, while saving the life of a child who was swept away in the flood swollen Los Angeles River, and firefighter/paramedic Jeffrey Langley of the Los Angeles County Fire Department, a swiftwater rescue pioneer, who lost his life in a helicopter accident in March of 1993.

The record-setting flash flooding from Ida tragically resulted in the loss of lives and caused significant damage to property and infrastructure throughout our community.

However, the Rescue Squad and our mutual aid partners put into play our training, equipment and experience to rescue and evacuate more than seventy people that night at incidents throughout our service area.

The rescue squad will receive the award at the International Association of Water Rescue Professionals symposium in South Bend, Indiana on June 12. 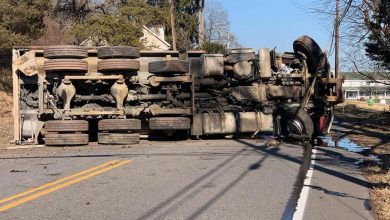