NEW JERSEY – A settlement with a Florida company that has agreed to stop advertising, offering for sale, and selling large capacity magazines (LCMs) anywhere in the United States, and to pay $135,000 in civil penalties after the company sold LCMs to an undercover investigator and delivered the prohibited ammunition to a New Jersey address, Attorney General Gurbir S. Grewal announced Monday.

The Consent Judgment resolves a civil lawsuit filed by the Attorney General and the Division of Consumer Affairs against Elite Aluminum Products Inc. d/b/a DaytonaTactical.com and GunPartsPlus.com (Elite Aluminum), for violating the New Jersey Consumer Fraud Act when it offered and sold LCMs to New Jersey buyers, and for failing to comply with a subpoena for sales records and other documents.

New Jersey law prohibits the possession and sale of firearm magazines that hold more than 10 rounds of ammunition. LCMs allow a shooter to fire a high number of bullets without having to pause and reload. Violence that involves LCMs can result in more shots fired, persons wounded, and more fatalities and wounds per victim than other gun attacks.

“Ensuring the safety of New Jerseyans is my top priority, and removing illegal firearms and magazines from our streets is a key part of this effort,” said Attorney General Grewal. “Over a year ago we put LCM vendors on notice about the consequences of violating our State’s laws, and several stopped selling them to New Jersey residents. With today’s agreement, we’re adding another company to the list. This agreement will make New Jersey and the country safer, and sends a strong message to companies that violate our firearm safety laws.”

The State’s complaint, filed in Superior Court in Essex County in December 2019, alleged the Florida-based vendor sold and delivered a total of 167 LCMs to New Jersey addresses in 69 transactions.

“We will not allow merchants to flout the law of this state and put our residents at risk,” said Division of Consumer Affairs Director Paul R. Rodríguez. “Large capacity magazines have disproportionately been used in mass shootings and can subject those who possess them to serious criminal penalties. We will continue to take action against rogue sellers to help protect New Jersey consumers.”

In addition to the monetary payment of $135,000, the Consent Judgment requires Elite Aluminum to stop advertising, offering for sale or selling LCMs to any individual within the United States, and to block the shipping of LCMs to any United States address, including New Jersey addresses.

Among other things, Elite Aluminum must also continue to make and keep all documents concerning attempted purchases of LCMs to any New Jersey shipping address.

New Jersey law has long prohibited the possession and sale of LCMs capable of carrying 15 rounds or more. In June 2018, Governor Phil Murphy signed into law a package of common-sense gun safety measures that included a bill reducing the maximum lawful capacity of ammunition magazines from 15 to 10 rounds.

The settlement with Elite Aluminum is the second agreement reached in recent months as part of Attorney General Grewal’s ongoing efforts to protect New Jerseyans from illegal firearm products. In September 2020, the Attorney General announced a settlement agreement that required a Nevada firearms dealer to stop selling LCMs into New Jersey and to pay the State $50,000. 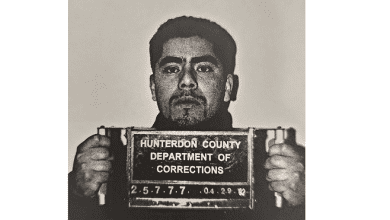