NEWARK, NJ – The former chief financial officer (CFO) of a Sussex County retail construction company was arrested Thursday for allegedly defrauding the company and several lenders, including by embezzling millions of dollars for his own personal benefit, according to U.S. Attorney Craig Carpenito.

Jonathan Baker, 38, of Green Township was indicted on five counts of wire fraud and three counts of money laundering. He was arrested this morning by special agents of the FBI and was scheduled to appear this afternoon in Newark federal court, Carpenito said.

According to documents filed in this case and statements made in court, Baker held the title of CFO of Victim-Company 1, a small, privately held retail construction company located in Sparta Township. The company acted as a construction manager and a general contractor for construction projects, such as new business offices, retail spaces, and restaurants. Baker also held the title of manager of Company 2, which held 100 percent of the voting and equitable interest in Company 1.

Baker misappropriated millions of dollars from the Victim-Companies’ bank accounts and used the funds for his personal expenses, including mortgage payments on Baker’s residence, the purchase of a BMW, and the purchase of six donkeys. He also used the companies’ credit cards to make unauthorized personal purchases.

Baker obtained funds by causing Company 1 to enter into agreements with commercial lenders through falsified documents, such as false resolutions of the Board of Directors of Company 1.

Baker concealed the fraud by making false statements to members of the Victim-Companies after they confronted him with evidence of the fraud. He falsely claimed that a commercial lender had made a mistake in filing a lien against Company 1 and repeatedly misrepresented that the commercial lender would be issuing a retraction and apology. Baker then refused to meet or join conference calls with the members of the companies to discuss the liens against Company 1, refused to produce the Companies’ bank statements, changed the locks on the Companies’ offices, and attempted to disable the Companies’ email and phone system. 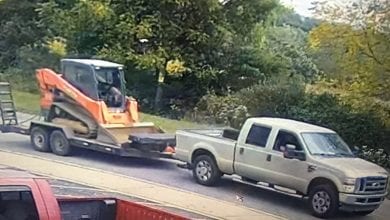 Hunterdon County officials: Make sure your vote is counted; Sign and seal certificate envelope when submitting vote by mail ballot