PHILLIPSBURG, NJ (Warren County) – A former Phillipsburg High School’s head wrestling coach and teacher received probation after pleading guilty Friday to conspiracy to commit criminal coercion in a scheme where a threat was made to expose embarrassing information unless a school district official took action consistent with their demands to influence a tenure vote, according to the Warren County Prosecutor’s Office.

Post was charged on April 26 with conspiring with others to threaten to release embarrassing information about another Phillipsburg School District employee, unless that employee took action consistent with his and other teachers’ demands to influence a tenure vote, prosecutor’s office said.

“As a result of his plea and the considerable cooperation he has provided to this investigation, he will be entered into the pre-trial intervention program and placed on probation,” authorities said.

Longtime math teacher at the Lopatcong Township school George Chilmonik, 74, of Bethlehem, PA and Scott P. Silvas, 42, of Nazareth PA, whose the assistant wrestling coach and a math teacher, were also charged in the scheme. 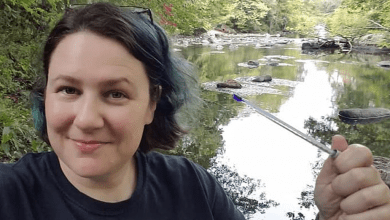