HOPATCONG  BOROUGH, NJ (Sussex County) – A GoFundMe account has been set up for Kelsey Benson, a 28-year-old woman struck and killed by a car over the weekend in Bridgewater Township.

The crash happened Sunday night when a 2008 Lexus, operated by Yan Yan Han, 59, of Bridgewater Township, struck Benson who was walking on Route 28.

Members of Robert Wood Johnson Hospital Paramedic unit responded to the scene to render aid to Benson, but she ultimately succumbed to her injuries and was pronounced dead at the scene, police said.

The cause of the crash remains under investigation and no charges have been filed at this time, police said.

Anyone with information regarding the crash is asked to contact Officer Joseph Greco of the Bridgewater Township Police Department’s Traffic Safety Unit at 908-722-4111 ext. 4186.

A GoFundMe page was created to honor the memory of Kelsey, cover her final expenses, and support her family.

The GoFundMe organizer wrote, “She leaves behind her husband, Joe, as well as their 18-month-old daughter, Amelia, and many family members who love and miss her dearly.” 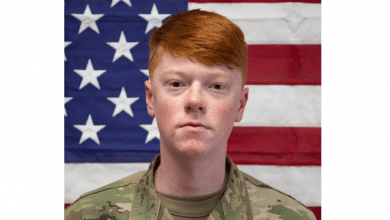