NEWTON, NJ (Sussex County) – U.S. Congressman Josh Gottheimer (NJ-5) Thursday announced that veterans in Northwestern New Jersey would finally be able to receive referrals for health care services at the Newton ImageCare Center — much closer to home — instead of having to drive more than an hour to the East Orange VA Medical Center for services like MRIs, mammograms, ultrasounds, and cancer screenings.

As a result, veterans all throughout the State of New Jersey will be able to receive referrals for health care services at any ImageCare Center in their community. In the Fifth District, that includes the Newton, Franklin, and Vernon locations.

Gottheimer stood with local veteran groups and local officials outside the medical complex that houses the Sussex VA Community-Based Outpatient Clinic (CBOC), as well as the Newton ImageCare Center the veterans now have access to for care.

Previously, veterans in Sussex and Warren Counties were unable to receive radiological care and screenings in the CBOC medical complex and had to drive more than an hour to other facilities for radiological services. Gottheimer heard from local veterans service organization members that many sick veterans who require specialized care have difficulty traveling these distances.

“After visiting this CBOC with the American Legion, and hearing about the maddening fact that many were unable to receive referrals to the ImageCare facility literally next door, it became one of my top priorities in my fight to improve their access to care,” Gottheimer said. “My goal all along has been to provide greater access to care, better care, faster care — the care that they deserve. I’m proud to say, today, we are delivering on those goals. There is truly no commitment more sacred than the one we all have to those who’ve served to protect our country — especially the 32,000 veterans and their families who call the Fifth District home.”

“After meeting with the Congressman and explaining our situation about the things here in Newton for veterans, he immediately went to work on our behalf, and he kept us in the loop every step of the way,” said Tony Gallopo, past New Jersey American Legion Vice Commander. “Thanks to the work of Congressman Gottheimer and the cooperation with the New Jersey VA Health Care System, we now have a contract with the Newton ImageCare Center. Now, our veterans can go a couple of days before their appointment and book an X-ray, get their blood-work done, and, three or four days later, when they have their physical scheduled, they have all the answers the doctor needs, so they can start the physical instead of waiting six weeks. This is the way it should be done — the way it’s done with private insurance. On behalf of the veterans of Sussex and Warren Counties who utilize this community-based outpatient clinic, we’d like to thank Congressman Gottheimer for always having our backs, we are very grateful.” 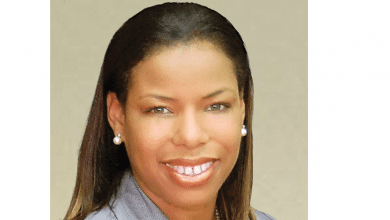