In addition to the direct federal investment to every North Jersey county and town government, Gottheimer also personally fought to include a $10 billion investment in the new COVID-19 relief package to be divvied up for broadband and infrastructure projects nationwide. The State of New Jersey is expected to claw back $190 million of that investment, as part of that investment, and Gottheimer is urging the Governor to invest some of those resources for broadband improvements in Warren and Sussex Counties.

“I think it’s fair to say that we learned a lot — and were forced to adapt quickly — when life shut down a year ago, and businesses, schools, and families across our state were forced to quarantine. One thing we all realized pretty quickly was that huge swaths of the country, including far too many communities right near here, were unconnected. Broadband wasn’t an option for them — so, no remote classes, no telehealth, no Zoom meetings. The digital divide and its real impact on our families and businesses couldn’t be starker,” Gottheimer said. “Together, with our local mayors and the key internet service providers in the region, we’ve been fighting this fight for years — to get all of our communities connected with actual broadband. The American Rescue Plan will help change that, and, working together, I’m confident that we can finally bring connectivity to every corner of the Fifth District. It won’t happen overnight, but it will because, as it’s been famously said, I still believe in a place called Hope.”

“Today’s announcement for internet infrastructure funding is a huge win for Warren County. This past year, the pandemic has highlighted the connectivity issues for our communities and the Congressman’s inclusion of these improvements will be welcomed news for so many,” said Warren County Commissioner James Kern.

“It’s an honor and a pleasure to have Congressman Gottheimer here today. He needs no welcome here — he’s been here many, many times — making sure Washington is getting out there and hearing what’s going on in all our towns and municipalities. The fact that we have here today the mayors from Hardwick, Frelinghuysen, Blairstown, Knowlton, and Hope shows you the respect we have for what the Congressman is doing in trying help us here, and that’s very important,” said Hope Township Mayor Tim McDonough .

“For the last five years, there has been a core group of leaders who are here in this room today — and especially I’d like to thank Commissioner Kern, who’s also been at the forefront of this — who have chased the issue, following every possible lead that could help us get to better internet. For people who might not know what’s going on behind the scenes, here’s what we were doing: we sat with CenturyLink and Service Electric and we tried to cajole them into expanding, we met with state agencies and we tried to get them to expand their grants, we met with federal agencies to weigh in for the need for new national mapping, which actually showed our area as having good internet when it didn’t. And just last week, many of us from this group met with representatives from the National Telecommunications and Information Administration, the principal agency that advises the President on telecommunications issues, and we were able to speak to them specifically about Knowlton Township and our small towns. All these meetings were arranged by Congressman Gottheimer, and they were conducted privately, away from the lights and the press, and the sole goal was just to get better internet for our towns. And, today, we’re here because all that work behind the scenes is finally paying off,” said Knowlton Mayor Adele Starrs.

“The American Rescue Plan Act of 2021 finally addresses the most significant remaining challenge to deploying ubiquitous broadband in rural communities – the capital required to build the infrastructure. Planet Networks has been working diligently for several years to increase broadband deployment in both Sussex & Warren counties. We believe the funding provided is sufficient to deploy 100% coverage to all communities which lack sufficient broadband today at speeds of 10,000 Mbit/s up and 10,000 Mbit/s down within 36 months. Instead of being a backwater broadband desert, Sussex and Warren Counties have the potential to be the most well-connected communities in the world. There is a lot of work to be done, but we look forward to working with all stakeholders to continue building out next generation infrastructure to carry us forward for decades to come. When our friends and neighbors thrive, our communities thrive, and our country thrives. This is a game changer and we are excited to accelerate the work we are already doing to get more connectivity to more people much faster than we could without this funding,” said Planet Networks CEO Robert Boyle.

In addition to broadband and water infrastructure improvements, county and town governments can utilize their direct federal COVID-19 relief investment to respond to the COVID-19 emergency and address its economic effects, including through aid to households, small businesses, nonprofits, and industries such as tourism and hospitality — as well as to help pay for law enforcement, firefighters, and EMTs. 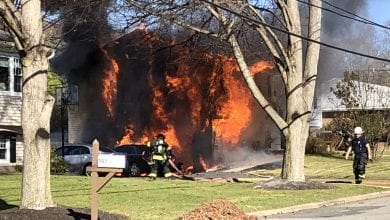 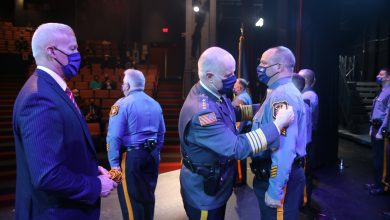