NEW JERSEY – U.S. Congressman Josh Gottheimer (NJ-5) this week announced the first rounds of federal investment that first responders in the Fifth District have clawed back through the Assistance for Firefighters Grant (AFG) this year: more than $1.8 million in total to Fifth District communities.

“The Assistance to Firefighters Grant is a critical opportunity to claw more of the federal tax dollars that we send to Washington back to Jersey, so our first responders have the tools they need to help keep our communities stay safe,” Gottheimer said. “Historically, our state has received pennies back on the dollars we send to Washington, compared to Moocher States like Mississippi and Alabama. But, we’ve made great progress in solving that problem. Since 2016, we have clawed 108% more federal tax dollars back to the Fifth District, and I’ve made it a top priority to keep improving our return on investment. We must help first responders in the Fifth District get the resources they need to keep them and us safe — and help cut their local property taxes.”

Gottheimer recently joined with Congressman Bill Pascrell, Jr. (NJ-9)  to announce the $227,000 AFG investment to the Teaneck Volunteer Ambulance Corps (TVAC) to purchase a new emergency vehicle in its continued service to the greater Teaneck area.

As a member of the bipartisan Fire Services Caucus, Gottheimer has been laser-focused on encouraging North Jersey towns to apply for grant programs to return federal tax dollars to North Jersey, including through the AFG and SAFER grant programs.

Gottheimer’s Return on Investment team has visited all 79 towns in the Fifth District to raise awareness of the availability of federal grant dollars, written 12 congressional letters of support, convened 12 Mayor Summits to train local leaders on how to apply for grants, hosted 15 grant workshops, sent more than 4,000 letters and scores of emails to local leaders, and held more than 500 meetings with local officials. 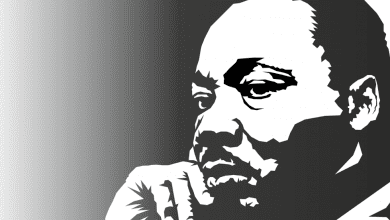