Doing so will help provide law enforcement and the U.S. intelligence community the tools necessary to protect the nation from domestic terrorists and other violent extremists that threaten our freedom, democracy, and communities. Today’s announcement follows the involvement of domestic terrorist groups, including the Proud Boys and Oath Keepers, in the January 6, 2021 failed insurrection at the U.S. Capitol and the massive growth of violent extremist groups in New Jersey and nationwide in recent years, Gottheimer said.

The official terrorist group designation: 1) impedes fundraising and deters contributions to these groups; 2) heightens public awareness and knowledge of those linked to terrorism; 3) makes clear to U.S. allies our government’s concerns about these groups; and, 4) warns the private sector of the risks of doing business and associating with them. Most importantly, it 5) disrupts terrorist networks, thereby cutting off access to financial and other resources from sympathizers, and 6) encourages those targeted to end their support for terrorism. In these and other ways, it helps provide additional tools to law enforcement and our nation’s intelligence community to prosecute, financially counter, and help defeat these groups.

“The vigilante mob who stormed our Capitol killed one heroic officer, Brian Sicknick, injured scores of others, tore down the American flag, and desecrated the home of our democracy,” Congressman Josh Gottheimer (NJ-5), a member of the House Homeland Security Committee, said today. “Healing, of course, requires accountability and investigation, and we have seen the FBI and other law enforcement agencies take swift action against groups like the Oath Keepers, Proud Boys, Three Percenters, and Stop the Steal, who all participated and helped lead the insurrection.”

“I’m here today to announce new, concrete steps to combat violent extremist groups in New Jersey and across our nation, including providing law enforcement and the U.S. intelligence community with the tools they need to protect our community, our country, and our Capitol from future domestic terror attacks. As our state and the Administration continues to examine the threat of domestic terror groups, I’m urging the federal government to officially designate the Proud Boys and other violent extremist groups as terrorist groups,” Gottheimer said.

“Whatever their names may be — whether it’s from the right, like the Proud Boys and the Oath Keepers, or the groups inspired by the radical Antifa ideology on the extreme left — they’re all justifying violence against their opponents, and neither Democrats nor Republicans should stand for this,” Gottheimer said.

Of the 200 arrests made since the January 6 attack on the U.S. Capitol, at least ten of the insurrections are from New Jersey — including one not far from here in Sussex County, who was indicted on 12-counts, including assaulting an officer. Of the 22 individuals charged with conspiracy crimes connected to the U.S. Capitol attack, 18 were known to have ties to either the Oath Keepers or the Proud Boys. \

According to the Anti-Defamation League (ADL), anti-Semitic incidents in New Jersey are at the highest levels ever recorded. The New Jersey Office of Homeland Security and Preparedness has labeled white supremacy as a top level terror threat.

In a letter to U.S. Secretary of State Blinken Tuesday, Gottheimer wrote, “I believe that a terrorist designation for qualifying entities would help provide additional tools to law enforcement and the intelligence community to prosecute, financially counter, and defeat these groups. There is also precedent for such a determination, as the United States has in the past designated international groups with American chapters and entities.” 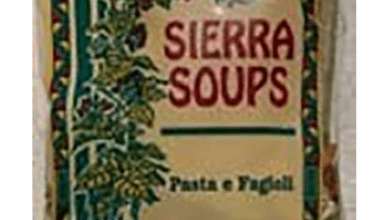