MAHWAH TOWNSHIP, NJ (Bergen County) – U.S. Congressman Josh Gottheimer (NJ-5) and local community leaders Tuesday visited Stag Hill, land that has been harmed by illegal dumping for more than half a century. Local residents have already cleaned up hundreds of thousands of pounds of trash, but the community lacks the resources needed to finish clearing remaining large piles of dumped waste.

In a letter to the New Jersey Department of Environmental Protection, Gottheimer is formally requesting assistance for the Mahwah Environmental Volunteers Organization and the Township of Mahwah to remove the dumped waste, including specialized equipment and resources to help stop illegal dumping in the area.

The Mahwah Environmental Volunteers Organization and local residents have helped lead major clean up efforts at Stag Hill, and the Township of Mahwah and Bergen County have helped provide some resources — including purchasing supplies, tools, and signs to deter future dumping — but the community does not have the resources necessary to finish clearing remaining piles of shingles and milling.

“Stag Hill is the ancestral home of the Ramapough Lenape Nation. It is also an incredible natural habitat in the Fifth Congressional District,” wrote Congressman Josh Gottheimer (NJ-5) in a letter to NJDEP this week. “Sadly, this scenic and meaningful land has been damaged by illegal dumping for more than half a century.”

“Illegal dumping is an abhorrent practice that is continuing to take place throughout North Jersey. We must stop these materials from further damaging our environment and contaminating our air and water. I respectfully request that the New Jersey Department of Environmental Protection work with the Mahwah Environmental Volunteers Organization and the Township of Mahwah to remove historically dumped materials that require specialized equipment and provide any resources needed to help the community deter future dumping in the area,” Gottheimer said. 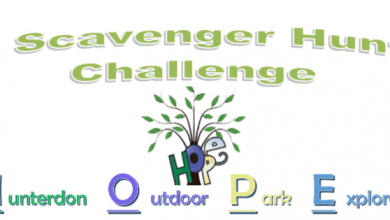