NEW JERSEY – U.S. Congressman Josh Gottheimer (NJ-5) honored the 100th anniversary of the Nineteenth Amendment guaranteeing women the right to vote with Fifth District women-owned small businesses, to discuss the progress made over the past 100 years, the ongoing fight for equality, and the challenges and accomplishments of women-owned business in North Jersey.

“As we pass this one-hundredth anniversary, it reminds us of all the hurdles that have been overcome by the heroic women who faced violence and discrimination, and by mothers and caregivers, by business owners, by workers and volunteers — who all, in their own way, propel the movement towards equality forward,” Gottheimer said. “As we look back this month at one hundred years since the Nineteenth Amendment was finalized — giving women the right to vote — we see the progress towards equality that those suffragists and leaders fought for. However, there’s more to do — we need more women business owners, we need women paid equally for equal work, we need to fight all discrimination and inequality in our communities, and, of course, we must continue to fight for fair access to the ballot box.”

“I know that we’re going through incredibly difficult times, with many businesses struggling, and I’ve been working every day to help get our North Jersey businesses and workers the resources and support they need. With today’s event, we’re highlighting these business owners’ accomplishments and we’re hearing from them about their successes and continued challenges as women business owners. To Randi, Bonnie, Stephanie, Jennifer, and many others — all of you have played a role in getting us where we are today, as a nation and as a state,” Gottheimer said.

The Nineteenth Amendment, guaranteeing women the right to vote, was ratified and adopted a century ago this month, in August 1920.

According to publicly available data, New Jersey now has more than 230,000 women-owned businesses, which, together, create more than 260,000 jobs and contribute $45 billion to New Jersey’s economy.

As negotiations for the next COVID-19 legislative package continue, Gottheimer has led a bipartisan group urging Congressional leadership to allow small businesses to apply for a second round of the Paycheck Protection Program’s (PPP) forgivable loans, and urging increased transparency into how taxpayer dollars are being disbursed through PPP, as well as improved oversight and accuracy.

While in Congress, Gottheimer has introduced an Economic Opportunities for Women Plan to make certain that women have the same opportunities in business — including access to credit, education, and training. Gottheimer has cosponsored the Pregnant Workers Fairness Act, bipartisan legislation to ensure workplace accommodations for pregnant employees, and Gottheimer has advocated to increase the Child and Dependent Care Tax Credit to help working families and mothers offset the costs associated with caring for a child.

The bipartisan Problem Solvers Caucus, co-chaired by Gottheimer, endorsed legislation to establish a Smithsonian Women’s History Museum on the National Mall, which has now been passed by the House.

Oroho, Space and Wirths to propose legislation to investigate origins of COVID pandemic 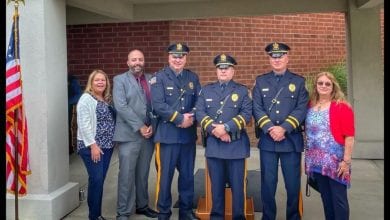