The bipartisan group of Members believe this action requires the Securities and Exchange Commission (SEC) to request an updated disclosure of regulatory filings of Unilever.

This letter follows the decision by wholly owned subsidiary Ben & Jerry’s to no longer sell its products in the West Bank and East Jerusalem in July of this year. This amended filing would reflect the potential new risks to shareholders and investors. The approximate 13 percent decline since the announcement of the boycott has resulted in a loss of $21 billion to shareholders.

“In the interests of shareholders, consumers, and public policy, we believe it is appropriate for the SEC to take steps to ensure the full disclosure of all information necessary to make Unilever’s filings in compliance with the rules and regulations of the United States’ SEC,” the Members wrote in the letter to Securities and Exchange Commission (SEC) Chairman Gary Gensler.

“Unilever is a widely held company with a current market capitalization of $135 billion, which places in jeopardy the manifold United States institutions, pension funds, and endowments which hold its shares on behalf of its beneficiaries,” the members continued.

The members ask the SEC to take the necessary steps to ensure the updated filings are made available to the public.

Numerous states, including New Jersey, have passed laws or adopted policies that would require divestment of companies that participate in boycotts of this nature as this poses potential consequences for the pensions of state employees.

Earlier this year, Gottheimer wrote to the CEO of Unilever, the parent company of Ben & Jerry’s, expressing strong disappointment with Ben & Jerry’s recent decision to not do business in the West Bank and East Jerusalem. The State of New Jersey then announced plans to divest investments from Unilever, based on the 2016 state law that prohibits the investment of state pension funds in businesses that engage in boycotts of Israel.

Pedestrian killed in hit-and-run on I-287 in Somerset County, struck by car then tractor-trailer, state police say 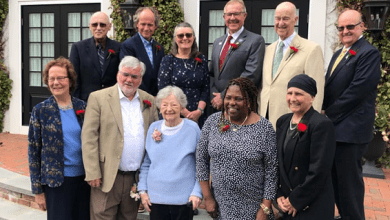