LODI, NJ (Bergen County) – Six residents of Sussex and Warren counties were among the new Hometown Heroes honored by Congressman Josh Gottheimer. He hosted his fourth Hometown Hero Awards at Felician University in Lodi on Monday, honoring North Jersey residents who have made outstanding contributions to our community.

Fifth District Hometown Heroes Awards were presented to community leaders, first responders, veterans, members of the business community, students, and seniors to recognize their dedication to improving the lives of their neighbors, families, and all Jersey residents.

“Today’s awardees are bound by a shared sense of duty – to their families, their communities, and their country. They are our veterans, our firefighters, our first responders, our educators, and our family – our brothers and sisters and our sons and daughters. We are lucky to have so many unsung heroes in our communities, whose quiet power of service goes on every day without the recognition they truly deserve. None of these people stood up because they sought recognition, they did it because they wanted to do what was right. That’s what Jersey Values are about and that’s what makes me certain that we live in the greatest country in the world. On behalf of the Fifth District, I couldn’t be more proud to honor these Hometown Heroes today,” Gottheimer said.

Richard Ohl of Hardwick is a decorated tenure in the US Army, where he earned the Good Conduct Medal, the National Defense Service Medal, the US Army Expeditionary Medal, and the Cold War Commendation, Richard eventually settled in Hardwick and his quiet mark exists all over. Richard has cared for our seniors and veterans. Whether it was delivering hats and scarves to disabled veterans in a nursing home in the winter, providing transportation for seniors to get to their doctor’s appointments, or helping veterans with their VA paperwork so they can get the care they need, Richard is always eager to help where he can.

Martin O’Donnell of Vernon along with many others in Vernon, has done an outstanding job advocating for his town in the face of illegal dumping, including one Waste Mountain that has threatened the local environment and the community’s drinking water. Martin, who has been focused on this issue since the start, is the president of People Against Illegal Dumping (PAID) has fought to stop the dumping and is now fighting to get the site cleaned up.

Kenneth French of Frankford is in his sixth year as Chief of the Frankford Fire Department and he also owns a local small business, Wheels and Props Marina. While being a fire chief, putting his life on the life to fight blazes and terror, running a small business, and raising a family, Kenneth has also been committed to completing the new Frankford firehouse. Those who know Kenneth have said he has the unique ability to listen to the concerns of anyone in the community and to bring people together to find a solution.

John Kaufmann of Belvidere, a Lieutenant who serves in the Washington Township Police Department, is not only committed to responding to crime and to putting his life on the line to protect the community, but he has also become the face of the police department throughout the community. John can be found strolling into a local business, through parks in Oxford, and at community events. For those who know him, John represents the kind of person we should all strive to be.

Ed Vander Berg of Wantage, who unfortunately passed away earlier this year, is represented by his son Daniel. Ed, along with his son, spent much of his free time caring for the historic 240-year-old Papakating Cemetery in his hometown of Wantage after it had fallen into disrepair. Ed, himself a Vietnam War veteran, worked with a local Boy Scout troop and the Kiwanis Club to establish a veterans memorial at the site where six Revolutionary War veterans, as well as many others, are buried.

John Kwelsaif of Hardyston is the president and founder of Custom Wood and Furniture, Inc., and has owned and operated businesses in Hardyston for decades, is committed to revitalizing downtown Newton. With the help of the mayor and council, as well as the Chamber of Commerce, John is helping to provide the necessary resources to maintain a thriving and beautiful downtown. The streets of Newton, filled with commerce, tourism, and excellent food, have a bright future thanks to John’s work.

Below are more biographies of the Hometown Heroes: 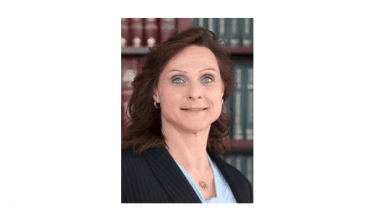