The legislation will create a federal grant program through the Substance Abuse and Mental Health Services Administration (SAMHSA), a branch of the U.S. Department of Health and Human Services, to invest in educational and training programs at the youth, high school, and collegiate levels on the misuse of opioids and other substances commonly used in pain management or injury recovery by students and student athletes.

This legislation will help educate students and train athletic directors, youth sports coaches, school administrators, and other members of the athletic community on the signs and dangers of opioid and substance misuse, as well as strategies for prevention.

More than 115 Americans die every single day from an opioid overdose. Research shows that students and student athletes are at risk of developing a dependency on opioids and other substances at a young age due to common pain treatment following injuries. Furthermore, according to the CDC, there was a shocking 60% increase from 2019 to 2020 in opioid overdose deaths of young people in America — ages 15 to 24. The CDC also reported a 225% increase in opioid-involved overdose deaths over the decade of 2010 to 2020.

From 2014 to 2021, each county in New Jersey’s Fifth Congressional District saw an increase in suspected drug related or drug overdose deaths. In Bergen County, there was a 171% increase; Sussex County — 88% increase; Warren County — 115% increase; and Passaic County — 154%. Sadly, most of these deaths were from opioid use.

The bipartisan, bicameral legislation will:

“When it comes to the opioid epidemic ravaging America’s communities, I fight for families like the Coles, who lost their son Brendan, a former college athlete, eight years ago to heroin. As we all watch in awe of the exceptional, dedicated student athletes who compete across the nation, we need to demand that America take better care of our student athletes when they aren’t competing,” Gottheimer said. “It starts with educating our athletic communities and students. Athletes tend to be exposed to opioids at a young age due to injury which can lead to dangerous experimenting and long-term disorders. That’s why I’m leading a bipartisan effort to provide federal investments for opioid misuse education and prevention programs to help address this problem before it starts.”

“For me, the opioid epidemic is very personal and, especially, the need for education and treatment. On January 4, 2014, I lost my beautiful son Brendan to a heroin overdose. He was 22-years-old and had his whole life in front of him,” said North Jersey resident and mother Gail Cole, ​​the founder of Hope and Healing After an Addiction Death. “For me, education is the cornerstone for battling this epidemic and preventing anyone from ever starting to use it. Teachers, administrators, coaches, and counselors all need to be educated.” 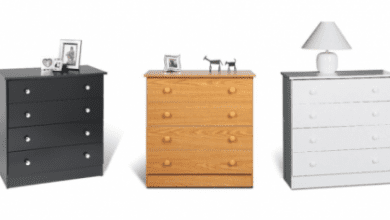