WASHINGTON, D.C. — U.S. Congressman Josh Gottheimer (NJ-5) has introduced an amendment adjusting the federal investment for the Federal Highway Administration. If passed, it will help defund the federal funding being utilized by the New Jersey Department of Transportation (NJDOT) to build the proposed rockwall project along I-80 in Knowlton and Hardwick Townships in Warren County, New Jersey.

Gottheimer’s amendment has been proposed for inclusion in the Transportation, Housing and Urban Development Appropriations Act, which is expected to be considered by the full House this week.

Currently, against the objections of many residents, local officials, and local businesses, NJDOT is planning to use federal funds to build an obtrusive sixty-foot-high wall in Warren County, directly abutting the Delaware Water Gap National Recreation Area. It would put local eco-tourism at risk. Along with several Warren County mayors and other elected officials, Gottheimer has long advocated for a safer, smarter, evidenced-based approach.

“I share the same goals of the local Warren County community: keeping roads safe for families and tourists, improving our infrastructure, and strengthening our local economy. To me, federal investment should be utilized for projects that are cost-effective, and that will benefit both eco-tourism and safety in the region. Unfortunately, this sixty-foot-high wall will do more harm than good,” Gottheimer said. “The local economy in Warren County relies on tourism to the beautiful Delaware Water Gap — one of New Jersey’s greatest natural treasures. Much of the local community believes this proposed wall will be ineffective and unsightly. Building an obtrusive artificial wall will be a major eye-sore for tourists and wreak havoc on the economy. There is a much smarter, safer, evidence-based solution.”

In a statement to the Appropriations Committee, Knowlton Mayor Adele Starrs said, “The project will permanently scar one of the natural landmarks on the East Coast of the United States, the Delaware Water Gap. Beyond being aesthetically destructive to the Water Gap, the proposed series of fences and concrete walls are unnecessary given the rarity of rockfall within the project limits. The project is also uniformly opposed by legislators in the area [and]…. the opposition is bipartisan in nature.”

Gottheimer has worked closely with local residents, community groups, and elected officials — including Knowlton Mayor Adele Starrs, Hardwick Mayor Kevin Duffy, and many others — to address issues with the proposed rockwall.

Gottheimer has also worked with local elected officials and community groups to communicate with NJDOT the importance of more signs and lower speed limits along this stretch of I-80. Last year, NJDOT installed fifteen new yellow arrow signs, new arrow signs on a previously-unmarked curve, and a new 50 MPH sign closer to the start of the curved stretch. 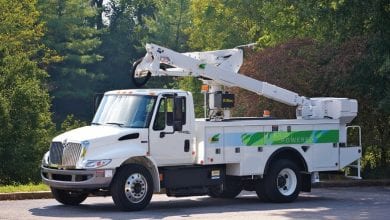