Right now, only 4 percent of federal cancer research investment is allocated to pediatric cancer. The Fairness to Kids with Cancer Act will adjust federal investment in pediatric cancer research to match the percentage of American citizens under the age of 18. According to new 2020 Census data, 22 percent of the U.S. population is under the age of 18, meaning the allocation would increase the funding rate to 22 percent.

Cancer is the number one cause of death of children from any disease. According to the CDC, New Jersey has the third highest rate of pediatric cancer in the country.

“It’s heartbreaking, because there are children behind every statistic. Pediatric cancer has touched far too many families, including my own. With the bipartisan Fairness to Kids with Cancer Act, we will pave the way for more cures and we will save lives,” Gottheimer said. “I’m looking to pave the way for New Jersey, and great centers like here at Hackensack Meridian, to be leaders in finding that hope, not just for kids in North Jersey, but nationwide, and around the world.”

“Being able to represent those that are in the fight now, those that have passed away, and those that will be in the fight tomorrow is such an honor and I am grateful to be able to do this for the childhood cancer cause,” said 12-year-old brain cancer survivor Grace Eline.

“Cancer is not something you want in your vocabulary and especially not in your home with your child. Adult research is important, but what about kids? It is critical to fund childhood cancer research and improve outcomes for children with  lifetimes ahead of them,” said Grace’s mother, Aubrey Reichard-Eline.

“Pediatric cancer research is woefully underfunded at the federal level. We are grateful for and supportive of Representatives Gottheimer and Fitzpatrick and their colleagues for their efforts to address that with this bill. We lost our six-year-old son, Tommy, to pediatric brain cancer in 2019. The awareness and funding that this bill will bring to the cause will make a difference in the lives of so many children who are bravely fighting this disease just as Tommy did,” said Fifth District residents Christine and Andrew FitzPatrick.

“It is heartbreaking that only 4% of the annual government funding for cancer research is directed towards childhood cancer research. Hackensack Meridian Children’s Health is grateful to Congressman Josh Gottheimer for paving the way for our hospitals and so many others in this state to continue our cutting-edge research and life sciences development providing hope to children, not just in New Jersey, but around the world,” said Mark Sparta, FACHE, President, Hackensack University Medical Center.

“Cancer is the number one cause of death by disease among children and it does not have to be. We need to increase funding for pediatric cancer research, it is critical to accelerating the progress. We owe it to the children in our pediatric ward and their families who deserve to live happy and healthy lives,” said Alfred Gillio, MD, Pediatric Hematologist-Oncologist, Hackensack University Medical Center.

“We desperately need more treatments that are dedicated to childhood cancer. Many people may not even know that the drugs we use to treat children were in fact developed for adults,” said Dr. Stacey Rifkin-Zenenberg, Pediatric Hematologist-Oncologist, Hackensack University Medical Center.

For example, while brain cancer is the leading cause of disease related death in people under the age of 20, there has not been a child-specific drug developed for brain cancer since the 1970s. In fact, some children receive the same treatment that Neil Armstrong’s daughter received in the 1960s. 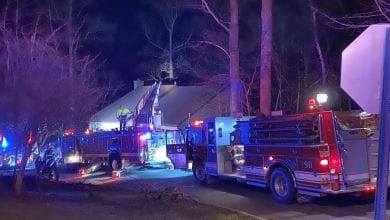 No injuries after Friday night house fire in Allamuchy Twp.