PARAMUS, NJ (Bergen County) – U.S. Congressman Josh Gottheimer (NJ-5), members of the Bergen County Building and Construction Trades Council, and local North Jersey labor groups Monday rallied together to push for immediate House passage of the bipartisan infrastructure bill — the Infrastructure Investment and Jobs Act — to get it to the President’s desk.

The Council represents more than 25,000 local workers and their families, many of whom work in industries where thousands of jobs will be created by the infrastructure bill.

“This once-in-a-century bipartisan infrastructure bill can bring many of us together at a moment when our nation is deeply divided. It will add jobs, build the economy, fix our crumbling infrastructure, and help tackle climate change,” Gottheimer said. “As they say in Washington, time kills bills. We have this opportunity within our grasp – why would we blow it? For New Jersey’s sake, we need to get the infrastructure bill to the President’s desk. Now, not later.”

“This infrastructure bill is not only important to the men and women of labor in this country, but it’s especially vital for New Jersey, where our transit, roads, and bridges are in dire need of repair. Creating millions of jobs while at the same time bringing our infrastructure into the 21st century is just a win win for all. I’m glad we have an ally in Congressman Gottheimer, who is doing the right thing for the people of the Fifth District, and New Jersey,” said Tom Sullivan, President of New Jersey Building and Construction Trades.

Gottheimer also recently joined with members of the Labor International Union of North American (LiUNA) from across New Jersey to highlight the importance of passing the bipartisan infrastructure bill as soon as possible. 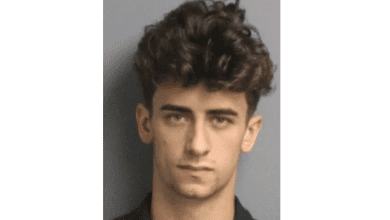