WASHINGTON, DC – U.S. Congressman Josh Gottheimer (NJ-5), the founding Co-Chair of the new bipartisan SALT Caucus, is proposing that the federal government raise the investment needed to repeal the cap on the State and Local Tax (SALT) deduction and to pass a robust infrastructure package by closing the “tax gap” — the $1 trillion a year difference between taxes legally owed and taxes actually paid. In a letter to the Treasury Secretary Wednesday, Gottheimer noted that targeting tax cheats would raise the necessary federal investment, without requiring raising tax rates on families.

IRS Commissioner Charles Rettig recently testified that approximately more than $1 trillion in unpaid taxes is owed to the federal government every year. Restoring $100 billion to the IRS’s budget over a decade and directing it to enforcement needs would result in a net return of $1 trillion over that time, according to a recent paper authored by University of Pennsylvania economist Natasha Sarin and former Treasury Secretary Lawrence Summers. Creating a return on investment of federal dollars, by enforcing existing tax laws, is widely accepted by economists and tax experts.

“There is a cost for infrastructure investments and in eliminating the SALT cap, but there is a solution readily available,” Gottheimer said in a letter to Treasury Secretary Yellen. “Shrinking the tax gap would not only fund the full return of the SALT deduction to the hardworking families of New Jersey, but it would also provide substantial resources for infrastructure spending and encourage long-term tax compliance. All of this could be accomplished without raising rates on families or complexity in the tax system, and not risk jeopardizing our economic recovery as we work to get through the COVID-19 pandemic.”

Gottheimer has cosponsored the Stop CHEATERS Act (H.R.1200), which would invest in tax enforcement and would generate $1.2 trillion in revenue for the federal government. 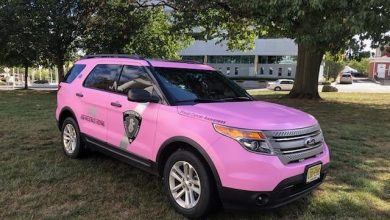