WANTAGE TOWNSHIP, NJ (Sussex County) – This week, U.S. Congressman Josh Gottheimer (NJ-5) met with members of the New Jersey Wing of the Civil Air Patrol (CAP) at Sussex Airport in Wantage Township — to discuss emergency services and search and rescue missions to protect New Jersey families and communities, as well as its youth Cadet program to train the next generation of aerospace leaders.

“The New Jersey Wing of the Civil Air Patrol and all their members take part in critical work all across New Jersey, to help our communities and families with life-saving emergency services and disaster relief. It’s thanks to them that our state could assess Hurricane Ida’s impact and help communities begin to recover,” Gottheimer said. “We must always get the backs of New Jersey’s Civil Air Patrol and all first responders who’ve bravely had ours.”

“NJ Wing is grateful for the continual support of Congressman Gottheimer. His efforts to advocate for Congressional funding and support for our organization has allowed us to continue to provide highly professional and effective search and rescue, disaster relief, and aerospace education efforts throughout the State of New Jersey. We enjoyed the opportunity to meet with him today and thank him personally,” said Colonel Andrew Liput, the 24th Commander of the NJ Wing of the Civil Air Patrol. 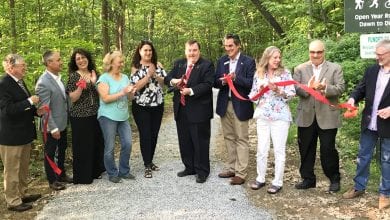