SANDY HOOK, NJ — U.S. Congressman Josh Gottheimer (NJ-5) visited the U.S. Coast Guard Station at Sandy Hook in New Jersey to meet with servicemembers and officers to discuss their work to protect the NJ-NY region, our ports, waterways, and coastline.

As a member of the House Homeland Security Committee’s Transportation and Maritime Security Subcommittee, Gottheimer helps conduct oversight of the U.S. Department of Homeland Security (DHS) and the Coast Guard, ensuring the Guard is able to keep our shores and waters safe.

“It was an honor to join the brave men and women who serve our country as a part of the U.S. Coast Guard today at Station Sandy Hook, to discuss their operation and how they keep our ports and our region safe from drugs and terror,” Gottheimer said. “From protecting our coastline and responding to maritime threats, our Coast Guard service members here in New Jersey are working to protect us each and every day.”

The Coast Guard Station at Sandy Hook is responsible for New York Harbor security; the base’s area of responsibility stretches from Long Branch outward to 50 nautical miles offshore, while also covering New York Lower Bay, Raritan Bay, Raritan River, a portion of the Arthur Kill and the east side of Rockaway Beach.

Gottheimer discussed key issues that affect the servicemembers’ daily lives, from the potential New York City congestion tax, which would impact servicemembers commute to the station, to concerns about critical shoreside infrastructure projects to better protect our waterways, to grants to help the U.S. Coast Guard and its many local partners fund critical search and rescue collaborations. 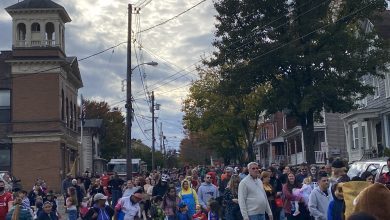